I am Joanna Puchala of Flowmove yoga and I want to share with you a drama I experienced recently with my website, caused by the  UK leaving the EU on 1st January, 2021.

It is a heart stopping moment when you find out that the website holding all your yoga courses suddenly vanishes.   This is what happened to me in the early days of January.  In a panic, I immediately got in touch with my web designer and demanded “what has happened?  Some mistake? Has it been hacked? Is it a problem at the hosting site?  Get it back!”  After I calmed down, we started doing some detective work.
The first clue was in the fact that typing in the address of the website resulted in a short message ‘Cannot open that page because the server cannot be found’.  This was the same as if you had made a spelling mistake in the name or the server had failed.  Was it the hosting company?  We checked my other websites https://socialartsfestival.com and https://lcpdancetheatre.com, both seemed normal and they lived on the same hosting service.  The problem only affected my yoga site https://flowmove.eu.   What is more, the email for the website also did not work.

There had not been any work scheduled and there was no error messages.  My website designer said he could see all the files there and it seemed as normal.  But, when typing in the website name, it could not be found……So it must be the domain name.  We checked the account.   All in order, nothing outstanding.  In any case there would have been fair warning if it was an account problem.    So we raised a trouble ticket with the web hosting company.  They replied pretty quickly that it was nothing to do with their systems.  But they pointed to the problem was that our domain name has been suspended.

This was when we learned that website addresses, domain names, are controlled by an organisation called a registrar.  When you buy a domain name, often done when you are first creating your website, you deal with a registrar of domain names.   Often this is the hosting company or one of the many others that sell domain names alone.   They point the name to your website and email.   But there is another registrar that deals with the top level, the last part, of the domain.  There are different registrars for .com, .co.uk and for .eu.  The top level registrar for .eu had suspended http://flowmove.eu for some reason.  That does not happen unless something serious has happened, some crime, some emergency, some disaster….
In our case the reason was Brexit. A huge number of websites and emails that used .eu had been suspended on 1st January, 2021.  The day that the UK ceased operating under EU rules.
We dug a little deeper to find a solution.
The registrar for the .eu domain is a an organisation called EuRID and on their website http://eurid.eu we found a news item about Brexit. Apparently emails had been sent out to all UK registrars and registrants (that would be us), that as of 1st January, 2021 their domains would be suspended until 31st March, 2021 and there after would be cancelled.  It can be reinstated if the registration data is updated to meet the new eligibility criteria…..

What did this mean?

After some searching we discovered that the rule is that domain names with .eu require the registrant (us) to be resident in an EU country.  When the UK left the EU, that condition was no longer met.  They seem to have suspended every .eu domain with a UK postal address.

The simple solution to this was to change the postal address and we asked the hosting company to change it to my address in Poland.  We could not do this ourselves, we only had access to the address used for our account with the hosting company.   They did this for us and suggested I send an email directly to eurid.eu to ask them to update my details as a matter of urgency so that it conformed to this rule and remove the suspension.   Thankfully they responded in a day.  I checked my website and hurrah!  Back in business!  https://flowmove.eu is working again with all my new aerial yoga material.  Fortunately my yoga video courses where all held on a separate website and my existing clients were not inconvenienced much.    But this was my marketing website, so it was important to get it back in operation as quickly as possible.

In retrospect, I think we did not realise some emails from our hosting company asking us to check our registration details were a clue to trouble ahead.   We saw no reason to change our address and there was no clear warning about the consequences.   I expect there were lots of anxious website owners based in  the UK that suddenly found themeselves in the same predicament.

Apparently 90,000 websites and email accounts using .eu registered to a UK postal address were caught out by this Brexit issue. Ironically the Pro-Brexit campaign group leave.eu had to swiftly move their website to am EU address in Ireland.

If you know anyone who may be affected who used a .eu domain name in their website or email address, please forward this story and maybe will help.
Joanna Puchala
https://flowmove.eu 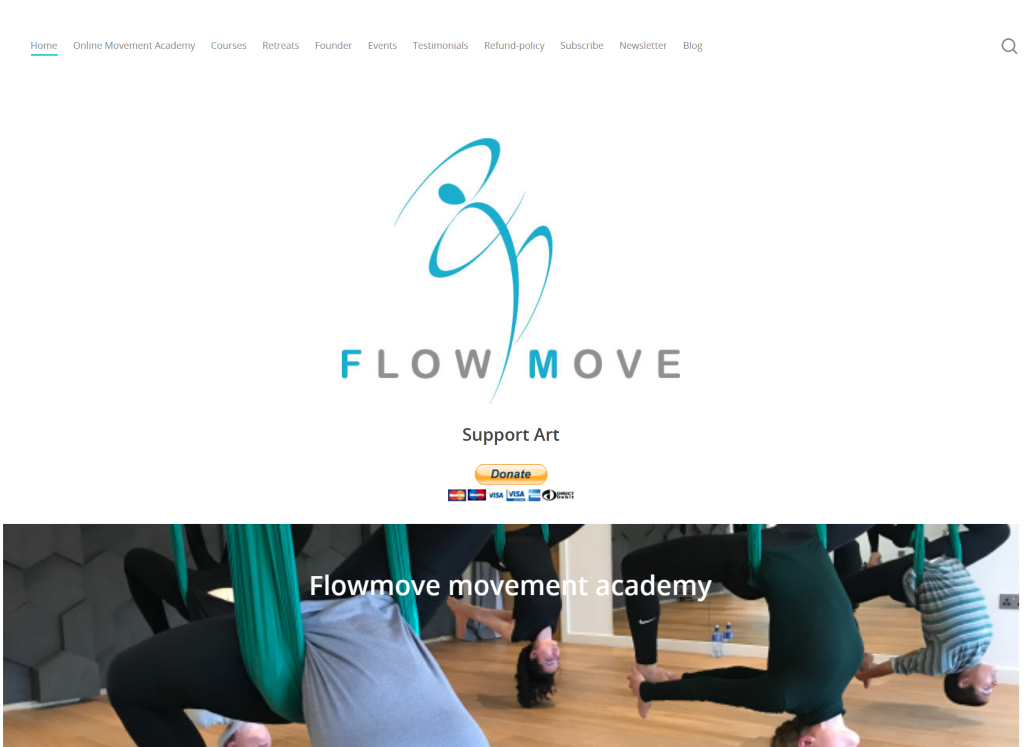